Shri Mataji Nirmala Devi was born on March 21, 1923 to a Christian family in Chindawara, India. Her parents were Prasad and Cornelia Salve, direct descendants of the royal Shalivahana dynasty. Seeing the beauty of this child who was born with a spotless brilliance, they called her Nirmala, which means ‘Immaculate’. Later on she came to be known by the multitudes by the name of Shri Mataji Nirmala Devi – the revered Mother who was born with her complete Self Realization and knew from a very young age that she had a unique gift which had to be made available to all mankind.

Her parents played a key role in India’s Liberation Movement from under British rule. Her father, a close associate of Mahatma Gandhi, was a member of the Constituent Assembly of India and helped write free India’s first constitution. He was a renowned scholar, master of 14 languages, and translated the Koran in Marathi. Her mother was the first woman in India to receive an Honors Degree in Mathematics. 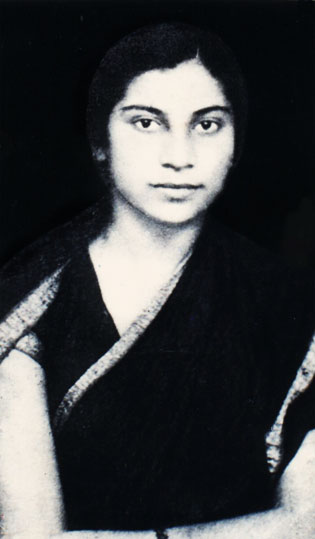 As a child, Shri Mataji lived with her parents in the ashram of Mahatma Gandhi. Gandhi saw the wisdom of this child and used to appreciate her immensely, affectionately calling her Nepali due to the Nepali features of her face. Even at a young age, her deep understanding was evident to Gandhi, who frequently sought her advice on spiritual matters.

Shri Mataji was studying for Medicine in Lahore at Christian College and was the leader of the students in protest marches against the British Regime.  In the 1942 “Quit India Movement” announced by Gandhi, she was even arrested and put in jail along with other freedom fighters for actively participating in this movement. She also lost her seat in the medical college owing to her patriotic ambitions.

Shortly before India achieved independence she married Sir. C.P. Srivastava, one of India’s most dedicated civil servant officers, who was knighted by the Queen of England. 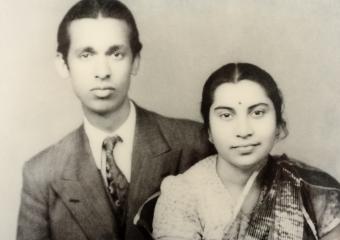 Nirmala Salva (a Christian) was engaged with CP Srivastava (a Hindu) .. the rest is History .. She became the beloved motherly guru for sahaja yogis all over the world and known as Shri Mataji .. and he became the fatherly figure in the UN’s maritime world. 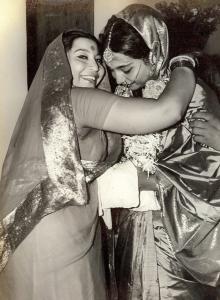 Shri Mataji with daughter Kalpana upon her marriage

He rose in government ranks very quickly though he was an absolutely honest person. He held the post of the Joint Secretary to the Prime Minister’s office of the late Shri Lal Bahadur Shastri in the years 1964-66. Shastri himself was an ideal model for a Prime Minister in India’s political history. Afterwards he was elected for 16 consecutive years to be the Secretary General of the United Nations International Maritime Organization. 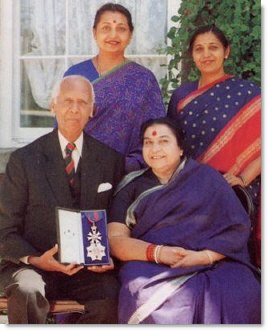 As Sir C.P. Srivastava moved in fame from the Indian history to the worldly scene, Shri Mataji, after fulfilling her familial duty of bringing up her two daughters, embarked on her spiritual mission. 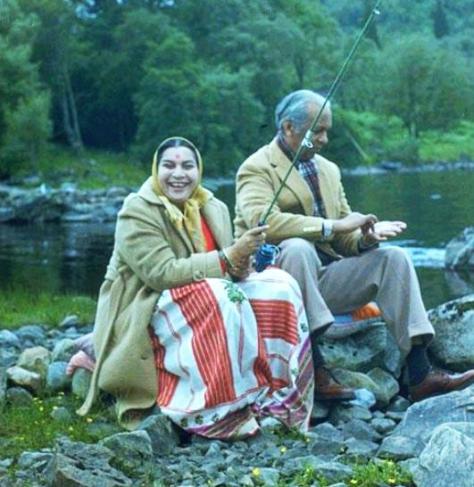 Although she knew about her own spiritual consciousness she did not know how to present it to the people of modern times. She was also aware of the problems encountered by the earlier spiritual personalities who came on this earth like Jesus, Mohammed, Buddha, and others when they prophesized the truth directly to the people.

Shri Mataji’s daughters describe the extent of their mother’s travels and global duties.

As she was pondering on the many faceted problems confronting human beings, on the 5th of May, 1970, on a lonely beach of Nargol (about 150 km from Mumbai) a divine spiritual experience filled her whole being and suddenly she found an answer to her question. She discovered a historical process of en-masse Self Realisation through which thousands of people could get this connection to their Spirit and thereby their inner transformation.

Sahaja (=Spontaneous) Yoga (=Union with the Self) was born.

Spreading of Sahaja Yoga Around the World

Shri Mataji made this experiment of awakening the spiritual power of every human being (which the Hindus name the Kundalini, the Muslims as the Ruh and in the bible it is described as the Holy Ghost) and was amazed at the results.

She tried it first on people near to her and noticed they were transformed physically, mentally and spiritually. Slowly she found out that only this process had the potential solution for all human problems and therefore she decided to spread it on an en-masse level. She invested her own time and money to talk to people and give them the key to their own spiritual power. Those few people who started feeling this spiritual power, which flowed like a cool breeze over their whole body, especially over the palms of their hands and on top of their head (around the fontanel bone area) were quite astonished that it worked. Though they argued and disputed over it they could not disbelieve their own experience. Under the instructions of Shri Mataji they tried giving this power to others, which really gave them the faith that this was the true spiritual experience that was being prophesized in every religion.

Amazingly, without any financial support from any person, Shri Mataji neither charges for Her lectures nor for Her ability to give Self Realisation, nor does one have to become a member of this organisation. She insists that you cannot pay for your enlightenment and to-date she continues to denounce the false, self-proclaimed “gurus” who are more interested in the seekers’ purse than their spiritual ascent.

Since 1970, Shri Mataji Nirmala Devi has kept a busy schedule, travelling around the world to teach the techniques of Sahaja Yoga meditation. She has demonstrated her capacity to trigger the awakening of the spiritual power in human beings (Kundalini) at an “en masse” level.

Large numbers of people, without distinction of race, religion, age or social status have acknowledged the value of her teachings by establishing Sahaja Yoga centers in over 75 nations. These people who live a normal family life, tap to their inner spiritual power through daily Sahaja Yoga meditation and have achieved a complete balance of their lives on the physical, emotional, mental and spiritual levels. They understand the integration of all religions and spiritual paths not at a mental level, but through their direct, tangible experience on the central nervous system. Thousands of years ago, the Blossom Time was prophesized to come when, in these modern times of crisis, thousands of seekers of Truth are going to experience this connection with their Spirit.

An official guest in the former Soviet Union, she enabled over 100,000 people to experience their Self-Realization. She regularly speaks to audiences of 10,000 to 20,000 in the former Eastern bloc nations and has filled year after year the Royal Albert Hall in London for her conference on Sahaja Yoga.

Shri Mataji has delivered thousands of lectures, given many television and radio interviews, and been the subject of hundreds of newspaper articles around the world. An articulate speaker, Shri Mataji is the founder and sole director of Sahaja Yoga or “Vishwa Nirmala Dharma”, which is an established non-profit organization in many countries worldwide.

Shri Mataji has been recognized worldwide by several prestigious institutions for her selfless work and for the powerful results of her spiritual teachings. In 1994, the Mayor of Brazil’s capital welcomed Shri Mataji at the airport, presenting her with the key to the city, and sponsored all of her programs. In 1995, the Indian Government granted Shri Mataji a one hour primetime television series, broadcast nationally. During the same year, Shri Mataji was an official guest of the Chinese government and was invited to speak at the International Women’s Conference in Beijing. Also in 1995, she was awarded by the Romanian Ecological University an Honorary Doctorate in Cognitive and Parapsychological Sciences.

In her tremendous compassion and concern to alleviate human sufferings, Shri Mataji has been able to create a number of NGOs (Non Governmental Organisations) to solve the most immediate problems of the world in the last 25 years. To mention a few:

1. An international hospital in Mumbai to help patients all over the world to get a chance to cure themselves through Sahaja Yoga methods. This hospital has been producing quite successful results in curing a number of incurable diseases like cancer, epilepsy, multiple sclerosis etc.
2. An international cancer research centre in Mumbai in order to study the effects of Sahaja Yoga methods on curing various illnesses, including psychosomatic diseases.
3. An international music school in Nagpur to promote classical music.
4. A charity house for the poor people in Delhi, to provide shelter to destitute and homeless people. Also to help them through the process of Sahaja Yoga to become better individuals.

Shri Mataji Nirmala Devi has dedicated her life to triggering the spiritual ascent of mankind through Self Realization, reclaiming the role of women in the spiritual evolution, and guiding humanity to correct today’s moral dilemmas. It seems that the light of Gandhi’s vision is being brought to fulfilment by this great lady who is revered as the compassionate Divine Mother by her followers, as the “Messenger of peace” by Ayatollah Rouhani, an Avatar of the modern era by Claes Nobel, grandnewphew of Albert Nobel (the creator of the Nobel foundation) and Chairman of United Earth.

I986: ITALY. Shri Mataji was acknowledged as the ‘PERSONALITY OF THE YEAR’ by the Italian Government.
1989: MOSCOW – RUSSIA. Shri Mataji had a meeting with the Head of the Ministry of Health, USSR. Following which SAHAJA YOGA was granted a
‘Full Government Sponsorship’ which included funding for promotion and scientific research.
1989: NEW YORK – USA. Invited Shri Mataji to the United Nations for a talk on ‘how to achieve world peace’.
1989: NEW YORK – USA. Shri Mataji was awarded the ‘UNITED NATIONS PEACE PRIZE’.
1992: CINCINNATI – USA. The 10TH of September got proclaimed as the
“SHRI MATAJI NIRMALA DEVI DAY”
1993: PHILADELPHIA – USA. The 15th October got proclaimed as the
“SHRI MATAJI NIRMALA DEVI DAY”Awards And Achievments Of H. H. Shri Mataji Nirmala Devi
1993: LOS ANGELES – USA. A letter of welcome was granted from the Mayor Richard Riodan, on behalf of the people of Los Angeles.
1993: ST. PETERSBURG – RUSSIA. She got appointed as Honorary Member to ‘The presidium of Petroyaska’s Academy of Art and Science’. Only twelve people so far have been granted this honor; Albert Einstein is one
among them.
1993: ST. PETERSBURG – RUSSIA. Shri Mataji inaugurated the ‘International Conference on MEDICINE AND SELF – KNOWLEDGE’
1994: LOS ANGELES – USA. In behalf of the people of LOS ANGELES
‘A letter of welcome and continued friendship’ was extended by the Mayor Richard Riordan.
1994: NEW YORK –USA. Honored Shri Mataji and her association with
‘MAHATMA GANDHI- A POLICE PARADE’ with a half day march from
5th Avenue to the Central Park.
1994: NEW YORK –USA. She was invited by the UNITED NATIONS for
Four consecutive years to speak: ‘How to achieve world peace’.
1994: BRITHISH COLUMBIA- CANADA. In the behalf of the people of Canada granted ‘A letter of welcome’, by the Premier Mike Hacourt.
1994: BRAZIL –BRASILIA. Shri Mataji got from the Mayor of Brasilia the ‘KEY TO THE CITY’ and he sponsored all her S.Y. programs.
1995: BEIJING – CHINA. Shri Mataji was invited by the UNITED NATIONS as
‘Official Guest Speaker of the Chinese Government’ to speak at the
International Women’s Conference.
1995: ROMANIA. Shri Mataji got the ‘HONORARY DOCTORATE in Cognitive Science’ from the Romanian Ecological University.
1997: INDIA. Shri Mataji got the ‘UNITY INTERNATIONAL PEACE AWARD’.
1998: A road in Navi Mumbai got named as the H.H. SHRI NIRMALA DEVI MARG. 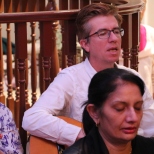 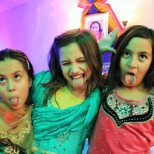 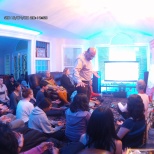 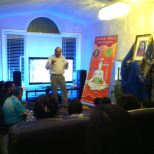 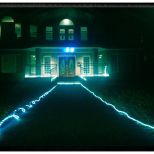 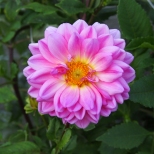 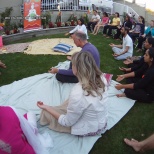 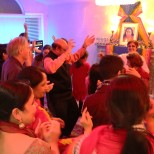 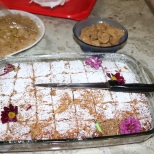 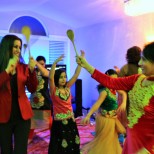 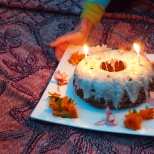 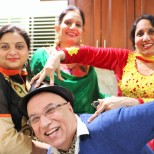 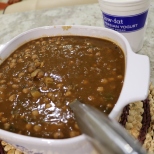 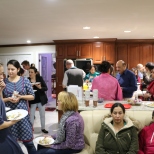 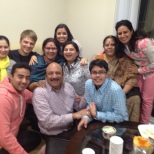 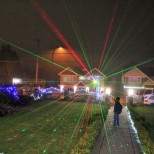 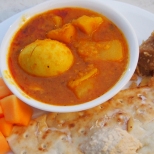 You don't know yourself until you get your self-realization.